This is a very solid example and is in all round good condition for age.

On dual fuel. Gas has compliant plate as per the photos.

Will prove to be a smart investment.

The Holden Statesman WB is a range of large-sized luxury oriented vehicles built by GMH between April 1980 and April 1984.

Replacing the outgoing Holden HZ, the WB was designed by GMHs Leo Pruneau, and was essentially a cosmetic update of its predecessor.

Power was derived from GMHs venerable 5.0lt V8 motor, and the shove from this bent-eight brute was sent to the WBs rear wheels via a three-speed automatic transmission.

The WB Statesman was made available to customers in two differing trim levels; the DeVille, or the more expensive Caprice.

An exclusive model with less than 14,000 being built in its four year lifespan.

When production ceased in 1984, the WB had no direct replacement, as GMH had decided to vacate the large luxury car segment in favour of creating more opulent versions of their then new Commodore.

To protect your investment vehicle bidders should consider at a minimum replacement of fuel, oil, fluids, filters and thorough brake inspection as vehicles may have been stationary for some time. Vehicles are sold as is off the floor – unregistered. No warranty expressed or implied, sold with all or any faults, and where applicable sold with Australian Government Import Approval. 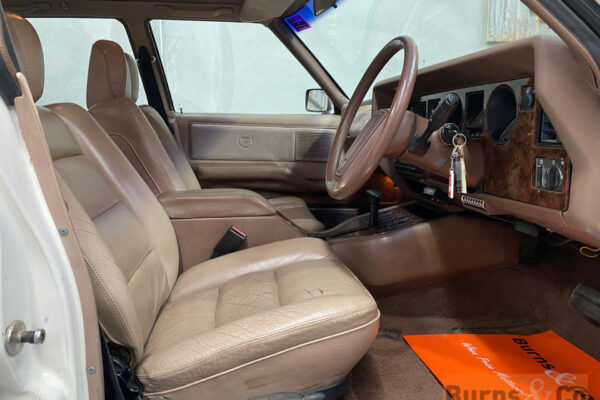 Ready to take the next step and work together? contact us